Well the panels are starting to be removed, and the extent of the corrosion to the front Bulkhead is becoming apparent, and its not pretty . 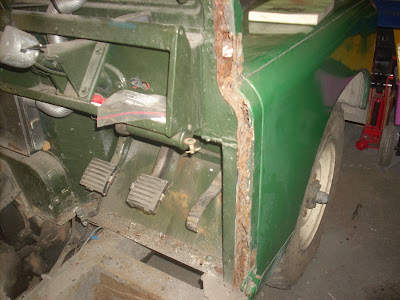 The gear box held another surprise, Its not a 1967 gearbox, its older, much older and in fact dates from 1959 - as we dig further and remove more bits Bertha's story becomes more complicated and convoluted . 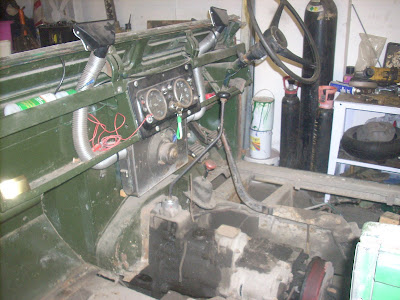 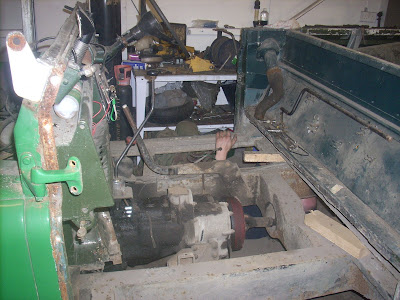 4x4LRS are using the latest technology to reference the parts, seek out her history and find out what she looked like originally, and that technology works alongside the slightly batterd and well used Series 2 manual you see below. 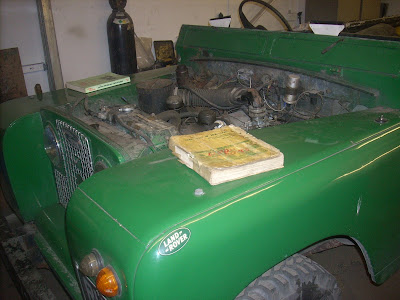 The new chassis has been ordered, and with a 4-6 week wait until that turns up there is plenty of time to remove the tub and strip out the running gear. We are hoping that most of the driveline can be refurbished, cleaned up and hopefully very little will need replacement But as we have already seen Bertha loves throwing up surprises !!

This project is certainly causing a stir, with the entire 4x4LRS team being involved. The enthusiasm for the project is the main reason for us passing Bertha over to 4x4LRS for this renovation. It is clearly far more than "just another job" to them